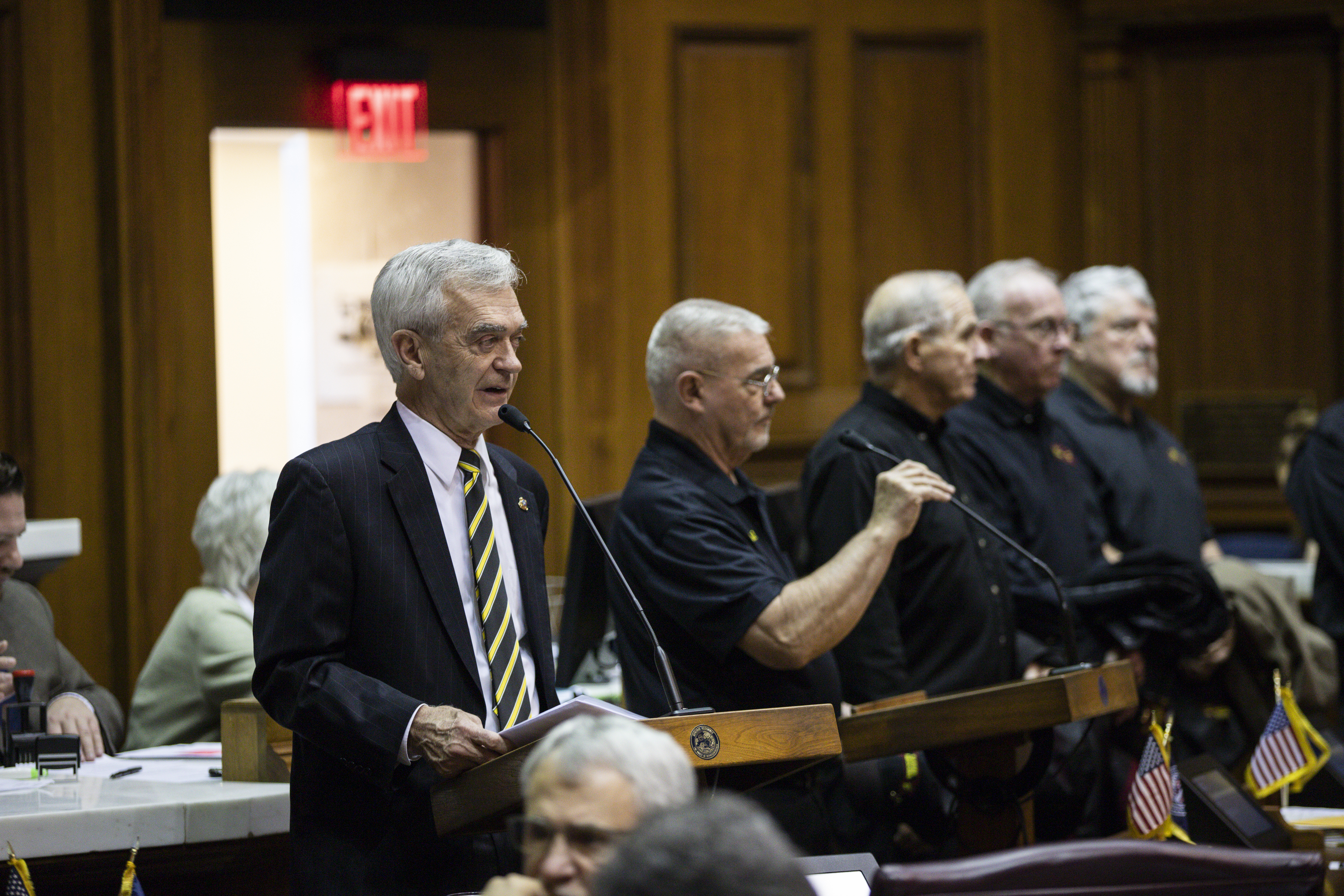 STATEHOUSE (Feb. 11, 2020) – State Rep. Denny Zent (R-Angola) Monday at the Statehouse presented a resolution honoring the Indiana Rangers for their service during the Vietnam War.

According to Zent, Company D of the 151st Infantry Regiment of the Indiana Army National Guard, also known as the Indiana Rangers, was deployed in Vietnam from December of 1968 to November 1969. During their service, the 151st Infantry Regiment received more decorations than any other army infantry company during any one-year period of the Vietnam War.

“The Indiana Rangers fought for our state and nation with bravery and honor, conducting 974 patrols, and killing over 100 enemy soldiers,” Zent said. “Operating deep in enemy territory in the heat of battle requires a great deal of both physical and mental strength. It is only fitting that we recognize these heroes for their courage and sacrifices on their 50th anniversary of returning home.”

Zent said unit members have been awarded more than 500 medals for valor and service.

The Indiana Rangers are the only Army National Guard ground maneuver unit to serve in Southeast Asia.