INDIANAPOLIS (Dec. 4, 2015) – State Rep. Denny Zent (R- Angola), DDS, presented Sagamore of the Wabash awards to five dental board members for their longstanding efforts and contributions to the citizens of Indiana and the State Board of Dentistry.

Award recipients included: Matthew I. Miller, DDS of Indianapolis; Richard T. Newton II, DDS of Columbus; Charles N. Heape, DDS of Sullivan; Philip L. Catey, DDS of Gas City; and Clance LaTurner of Indianapolis. Each of these members has or will serve the maximum amount of time on the board, which is three terms or nine years.

The board is the authoritative body for maintaining public health and safety of dental consumers. Members of the board represent different districts in the state, bringing a balanced geographic representation of the profession.

“I feel honored to be able to present the awards to these deserving dentists, who in their own way have contributed to public health and have benefited not only the state but their profession,” Zent said. “It was an honor and privilege to be a part of this ceremony, and I thank the governor for issuing these well-deserved awards to these dentists.”

The term “Sagamore” was used by early Native Americans in northeastern United States to describe someone among the tribe to whom the chief would look for wisdom, guidance and advice. Similarly, the Sagamore of the Wabash is one of Indiana’s highest honors and is given to those Hoosiers who have rendered distinguished service to the state and contributed greatly to our Hoosier heritage.

Rep. Zent (R-Angola) represents most of LaGrange and Steuben Counties.

Note to the press: Pictured below and attached, State Rep. Denny Zent (R- Angola) joins the State Board of Dentistry in honoring the dental board members who received Sagamore of the Wabash awards. 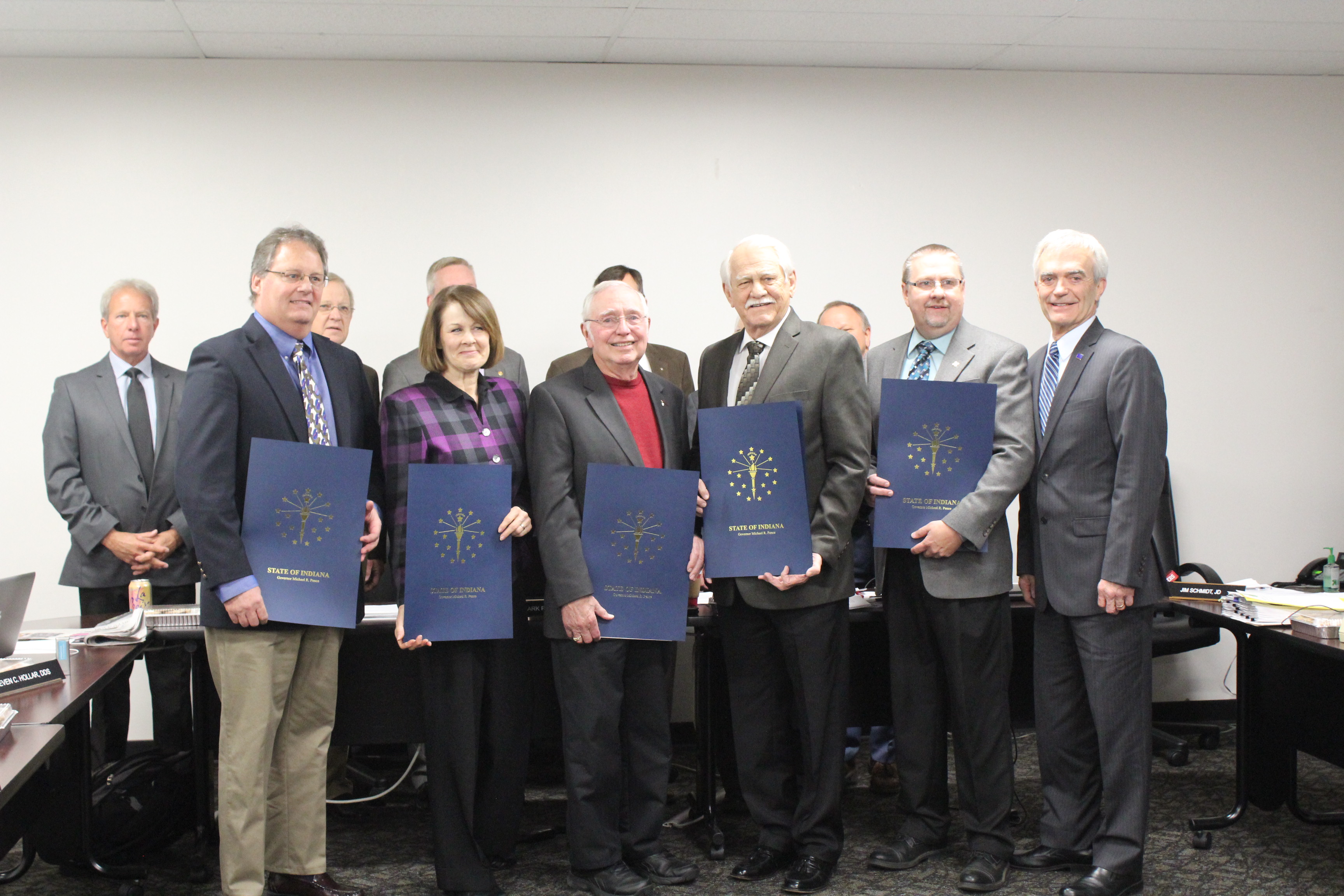