STATEHOUSE (Jan. 29, 2018) — The House of Representatives today voted in favor of a bill co-authored by State Rep. Donna Schaibley (R-Carmel) that could save the lives of more children by adding two new tests to Indiana’s newborn screening panel.

Schaibley’s legislation would require spinal muscular atrophy, or SMA, and severe combined immunodeficiency, or SCID, to be added to the list of screenings newborns get in Indiana shortly after their births.

“Testing for these serious diseases as soon as possible gives families the ability to treat their child quickly and effectively,” Schaibley said. “By doing this, we are giving children the best chance at survival and improving the quality of life for the child and their family.”

Spinal muscular atrophy is a severe genetic disorder that alters the motor nerve cells in the spinal cord. Those cells, once affected by SMA, will not regenerate, which then results in muscle weakness and can eventually lead to the inability to walk, talk, swallow and breathe.

Schaibley said out of the four types of SMA, the most severe and common is usually diagnosed within the first few months of an infant’s life. She said children who received treatment for SMA through a new FDA-approved drug therapy were able to achieve unprecedented motor milestones.

Severe combined immunodeficiency makes those affected highly susceptible to life-threatening infections caused by viruses, bacteria and fungi. SCID is often referred to as “bubble boy disease” due to the level of quarantine necessary to avoid infection. The syndrome usually results in the onset of one or more serious infections within the first few months of life, making detection at birth key. These infections are usually serious, and may be life threatening, including pneumonia, meningitis or bloodstream infections. Children affected by SCID can also become ill from live viruses present in some vaccines. Schaibley said this syndrome makes it nearly impossible for a child to live a healthy life if it is not detected at birth.

Schaibley’s bill can now be considered by the Senate. For more information, visit iga.in.gov.

A high-resolution photo of Schaibley can be downloaded by clicking here. 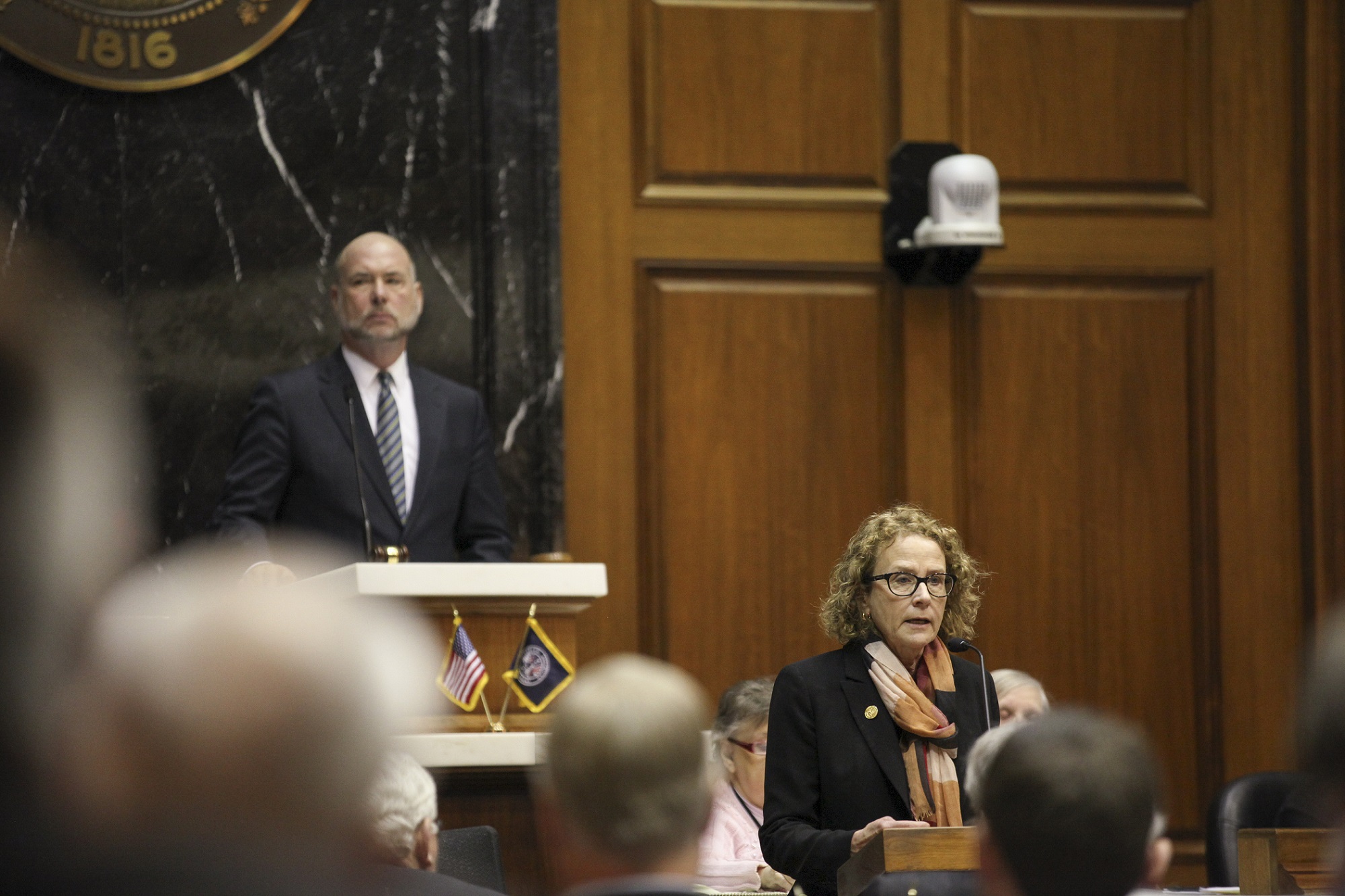 PHOTO CAPTION: State Rep. Donna Schaibley (R-Carmel) discusses her legislation on the House floor on Monday, Jan. 29, 2018, at the Statehouse in Indianapolis. House Bill 1017 would add SMA and SCID to the list of screenings newborns get in Indiana shortly after their births. The proposal can now be considered be the Senate.