The Sagamore of the Wabash is one of Indiana’s highest honors and is given to those Hoosiers who have rendered distinguished service to the state and contributed greatly to our Hoosier heritage.

“Dr. Goodwin is involved in many areas in the community,” Zent said. “He does everything and never asks for any accolades; when he starts talking, people listen. It is people like Goodwin who the Sagamore of the Wabash is envisioned for — the wise man of the tribe.”

“Dave has been a wonderful member of our Board of Directors to work with,” Cameron CEO and President Connie McCahill said. “As a board member, he has led our organization through the planning, financing and construction and opening of a new facility. While he led our hospital through a monumental time, Dave was actively involved in the Steuben County community. He has selflessly served this community, and I believe this award perfectly describes the nature of Dave’s work.”

Rep. Zent (R-Angola) represents most of LaGrange and Steuben Counties. 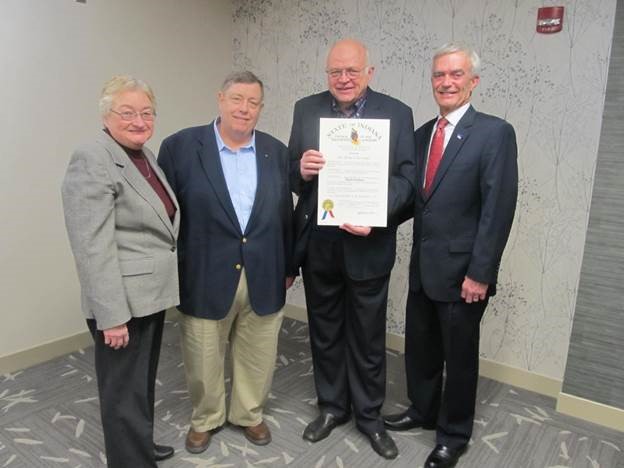