Rep. Morrison calls for local bridge to be named after Henry Dana Washburn

“Citizens who distinguish themselves, such as Henry Dana Washburn, deserve special recognition,” Morrison said. “In his 20 years as a Hoosier, he has been categorized as an American hero and selfless leader. I am proud to carry this resolution honoring Congressman Washburn.”

Morrison said Washburn was an outstanding citizen of Vermillion County. He served in the Union Army and eventually rose to the rank of Major General, served two terms in the United States House of Representatives, played a part in the exploration of the Yellowstone National Park and served his county as both an auditor and a school teacher.

For more information on legislation being discussed this session, please visit our website at www.iga.in.gov. 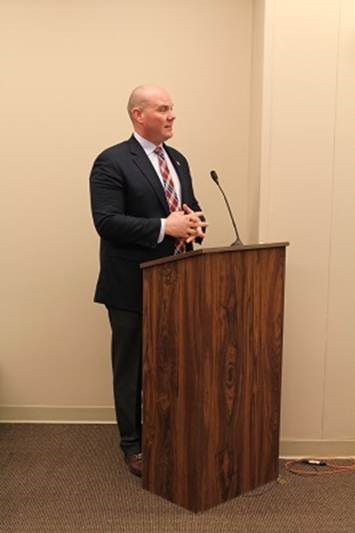