Ober honored for service to the General Assembly 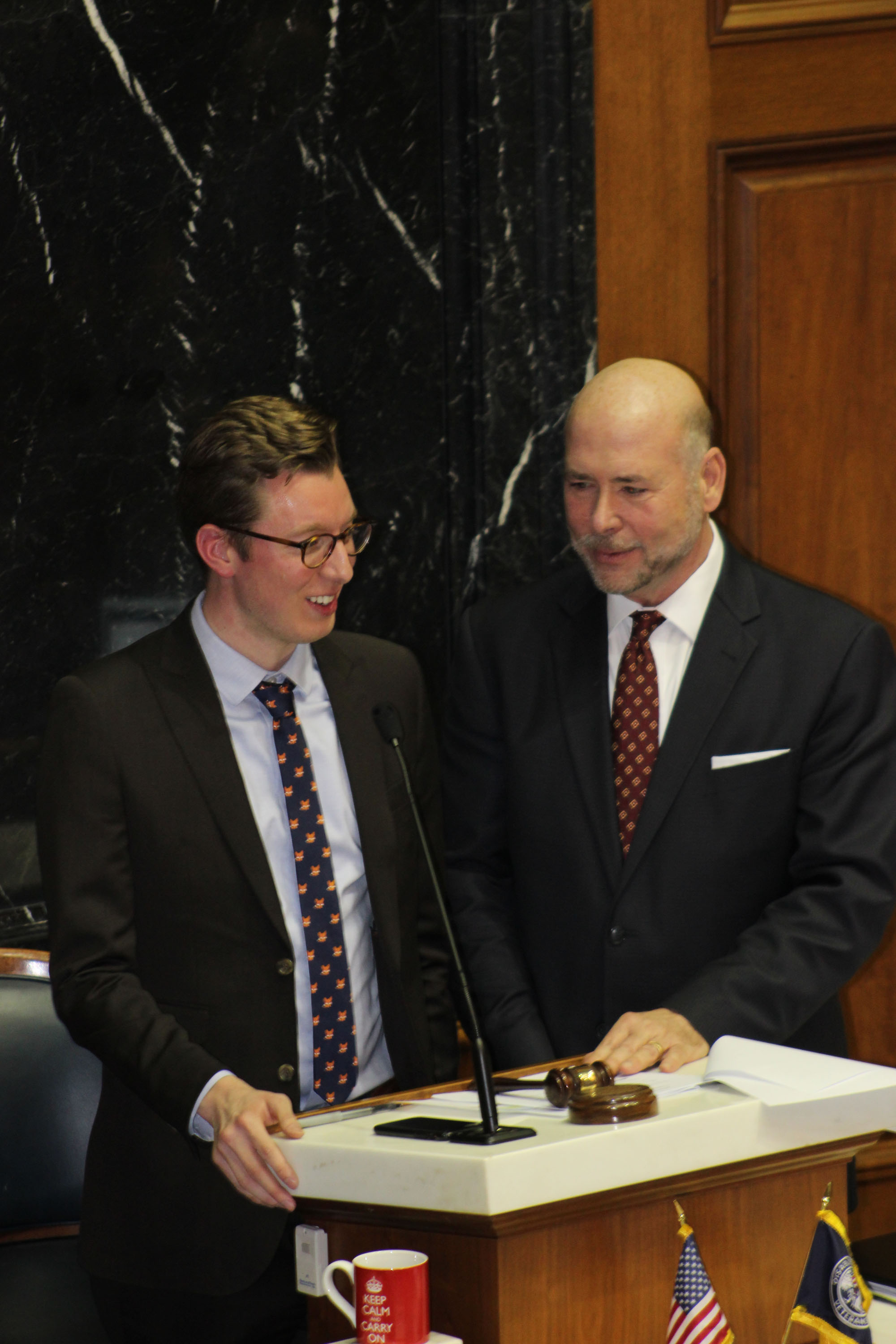 “I am so grateful for the opportunity to serve my hometown for these past six years,” Ober said. “During my time at the Statehouse I have sought to work on policies that improve the lives of the people of Indiana.”

“David has demonstrated great leadership and a command of technology and utility issues as chair of the House Committee on Utilities, Energy and Telecommunications,” said House Speaker Brian Bosma (R-Indianapolis). “We are grateful for his service and wish him the very best as he pursues his next adventure.”

Ober authored and helped shepherd several key pieces of legislation during his time in the General Assembly, including a law requiring  crime statistics to be reported to the Indiana State Police in order to better identify high crime areas.

As chair of the House Committee on Utilities, Energy and Telecommunications, Ober worked to expand high-speed internet service in rural areas, helped ensure the quality of water systems, along with a variety of utility issues.

“I have enjoyed my time as a member of the Indiana General Assembly, and I am thankful for the opportunity to represent House District 82,” Ober said.

A high-resolution photo of Ober can be downloaded by clicking here.

PHOTO CAPTION: State Rep. Dave Ober (R-Albion) presides over the House of Representatives with Speaker Brian C. Bosma (R-Indianapolis) on Tuesday, March 6, 2018, at the Statehouse in Indianapolis. After serving House District 82 for six years, Ober is resigning from the Indiana General Assembly.