Negele said Senate Enrolled Act 6, which now moves to the governor's desk, would extend the Indiana Women's Suffrage Centennial Commission's work to 2024 as they create a Statehouse monument honoring the 19th Amendment. Negele championed the 2019 law creating the commission, which was tasked with commemorating the 100 year milestone of women's right to vote in Indiana, but set to expire this year.

"Indiana's history is filled with female visionaries and trailblazers who never gave up on making sure women's voices were heard," Negele said. "The Statehouse in Indianapolis would be a fitting location to have a permanent display honoring suffragettes, and it would also serve as a reminder and inspiration to stand up for what you believe in and fight for fairness."

Senate Enrolled Act 6 is now eligible for action by the governor. Visit iga.in.gov to learn more. 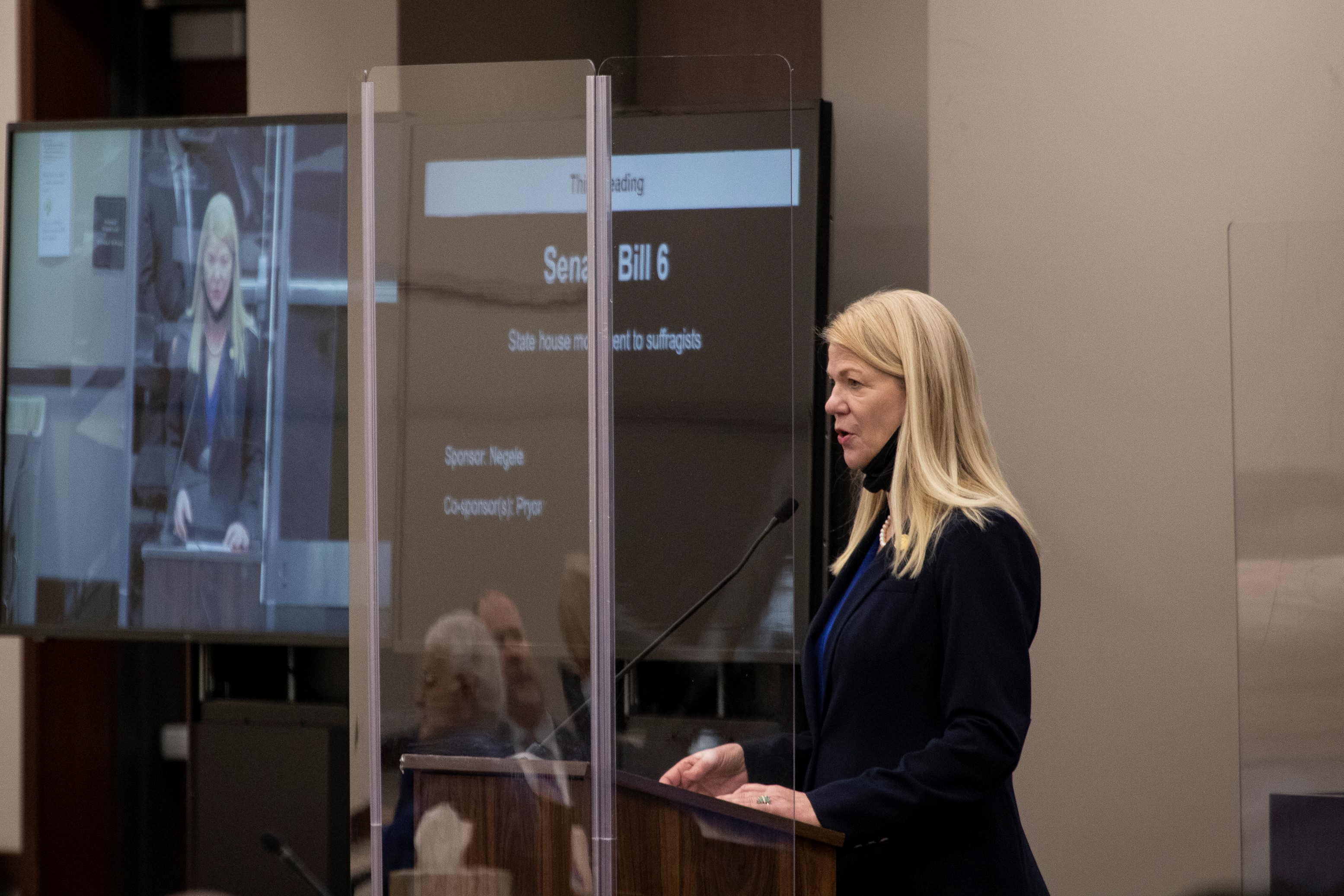 Photo Caption: State Rep. Sharon Negele (R-Attica) presents to the Indiana House of Representatives legislation she sponsored that would have a Statehouse monument erected honoring Hoosier suffragettes Tuesday, March 16, 2021, at the Indiana State Government Center South in Indianapolis. The bill unanimously passed out of the House of Representatives and is now eligible for action by the governor.