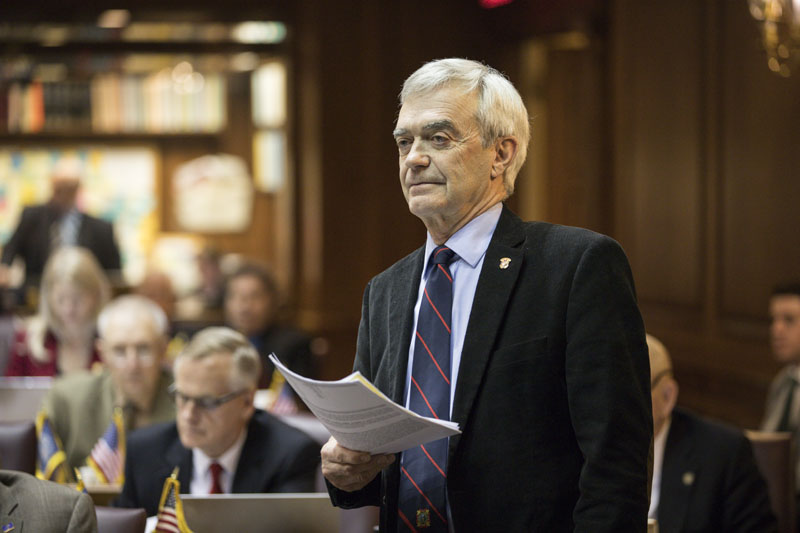 STATEHOUSE (Feb. 6, 2018) — The House of Representatives recently voted in support of State Rep. Denny Zent’s (R-Angola) legislation that would extend the Veterans Recovery Pilot Program, in order to continue providing treatment to veterans who are not responding to conventional therapies.

“This pilot program offers proven quality experimental treatments to veterans who have post-traumatic stress disorder and traumatic brain injuries,” Zent said. “This legislation would increase the number of program providers throughout the state and extend the pilot program another full year until June 30, 2020.”

Zent said under this proposal, five additional medical providers would begin offering diagnostic testing and hyperbaric oxygen treatment through the pilot program. Only one provider is currently operating at this time. These providers would collectively represent the various geographic areas of the state and be vetted by the Indiana State Department of Health.

Zent said by expanding and extending this program to 2020, more veterans would receive the specialized treatment they rightfully earned.

House Bill 1276 can now be considered by the Senate. For more information, visit iga.in.gov.

includes most of LaGrange and Steuben counties.

A high-resolution photo of Zent can be downloaded by clicking here.

PICTURED: State Rep. Denny Zent (R-Angola) prepares to present his legislation on the House floor last week at the Statehouse in Indianapolis. Zent’s legislation would extend the Veterans Recovery Pilot Program, in order to continue providing treatment to veterans who are not responding to conventional therapies.