After paying to renew their vehicle registrations each year, Hoosiers receive decals from the Indiana Bureau of Motor Vehicles to place on their license plates. According to Gutwein, the production and postage to mail these decals cost taxpayers over $6 million annually. In 2019, there were approximately 25,000 citations issued for expired plates. However, he said the state only collected $450,000 in fines for these violations.

“When someone is pulled over for a traffic stop, the police run the plate in their computer system,” Gutwein said. “They do not need the actual sticker to tell them whether the license plate is expired. Moving to an electronic system would eliminate these unnecessary decals, spare Hoosiers a step when renewing their registration and save taxpayers millions of dollars.”

Gutwein’s bill would task the BMV with evaluating how they could make the transition to electronic vehicle registration by Aug. 1, 2020. They would then share this information with the Indiana Legislative Council, which assigns topics for the General Assembly to study during the summer and fall months.

House Bill 1347 is now eligible for action in the Senate. Visit iga.in.gov to learn more. 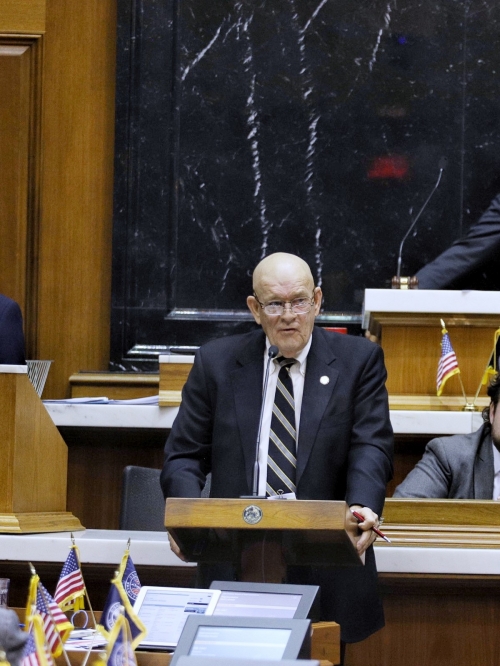 CAPTION: State Rep. Doug Gutwein (R-Francesville) in the House Chamber presents his legislation that would save taxpayers millions of dollars by eliminating vehicle registration decals Tuesday, Jan. 28, 2020, at the Statehouse in Indianapolis. Gutwein’s bill passed the House of Representatives and is now eligible for action in the Senate.