The new law will phase in a full income tax exemption for military retirement pensions over four years, decreasing financial burdens on thousands of veterans.

“This new law is an important step forward for Indiana,” Gutwein said. “The skills these men and women obtained while in the military are very valuable, and this law will incentivize them to stay in our state and work. We owe our veterans a great deal for their brave service, and this is a great way to thank and support them.”

According to Gutwein, Indiana joins 23 states that do not tax military retirement pay through this new law.

Nearly 30,000 Hoosier veterans and surviving spouses will benefit once all military retirement and survivor benefits are exempted from Indiana’s state income tax after 2023. 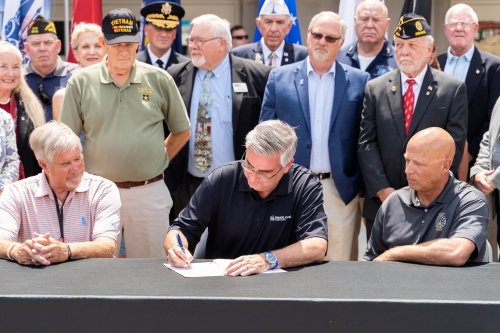