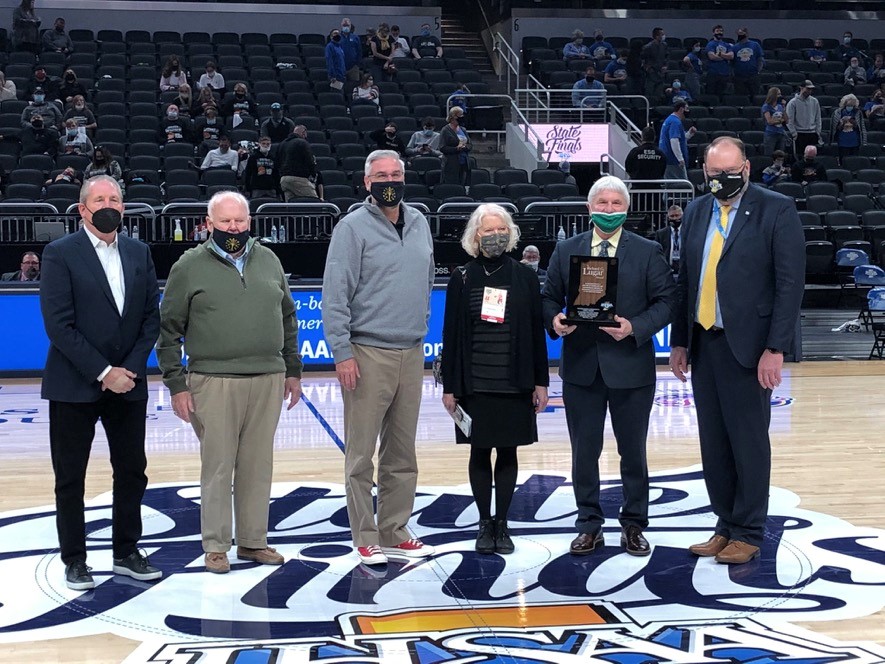 According to the organization, this award is given to a Hoosier who exemplifies the highest standard of professional ethics, sportsmanship and moral character, and carries the endorsement of their IHSAA member high school. Throughout his 40-year career, Cook served 36 years in various leadership roles at Hamilton Heights, Clinton Prairie and Noblesville school corporations.

"As a former football, baseball, and basketball coach and educator, I understand the profound impact athletics can have on a student's overall development," Cook said. "These activities teach young Hoosiers the importance of teamwork, perseverance, work ethic and time management, which are habits that can stick with them through their academic journey and into adulthood."

Cook gained national attention during the 1980s when he served as principal of Hamilton Heights High School and welcomed Ryan White who was positive for HIV. During this time, Cook helped educate his community about the myths and realities of AIDS.

“On behalf of the IHSAA Executive Committee and the 410 member schools, we are honored to present Tony Cook with the 2021 Richard G. Lugar Award for Distinguished Service," said IHSAA Commissioner Paul Neidig. "His lifetime of work with education at the core has benefited generations of high school students and student athletes. The IHSAA is proud to honor his contributions through this award.”

Other recipients of this award include the late U.S. Senator Richard Lugar, Bob Gardner, Lee Lonzo and Barbra Wynne.