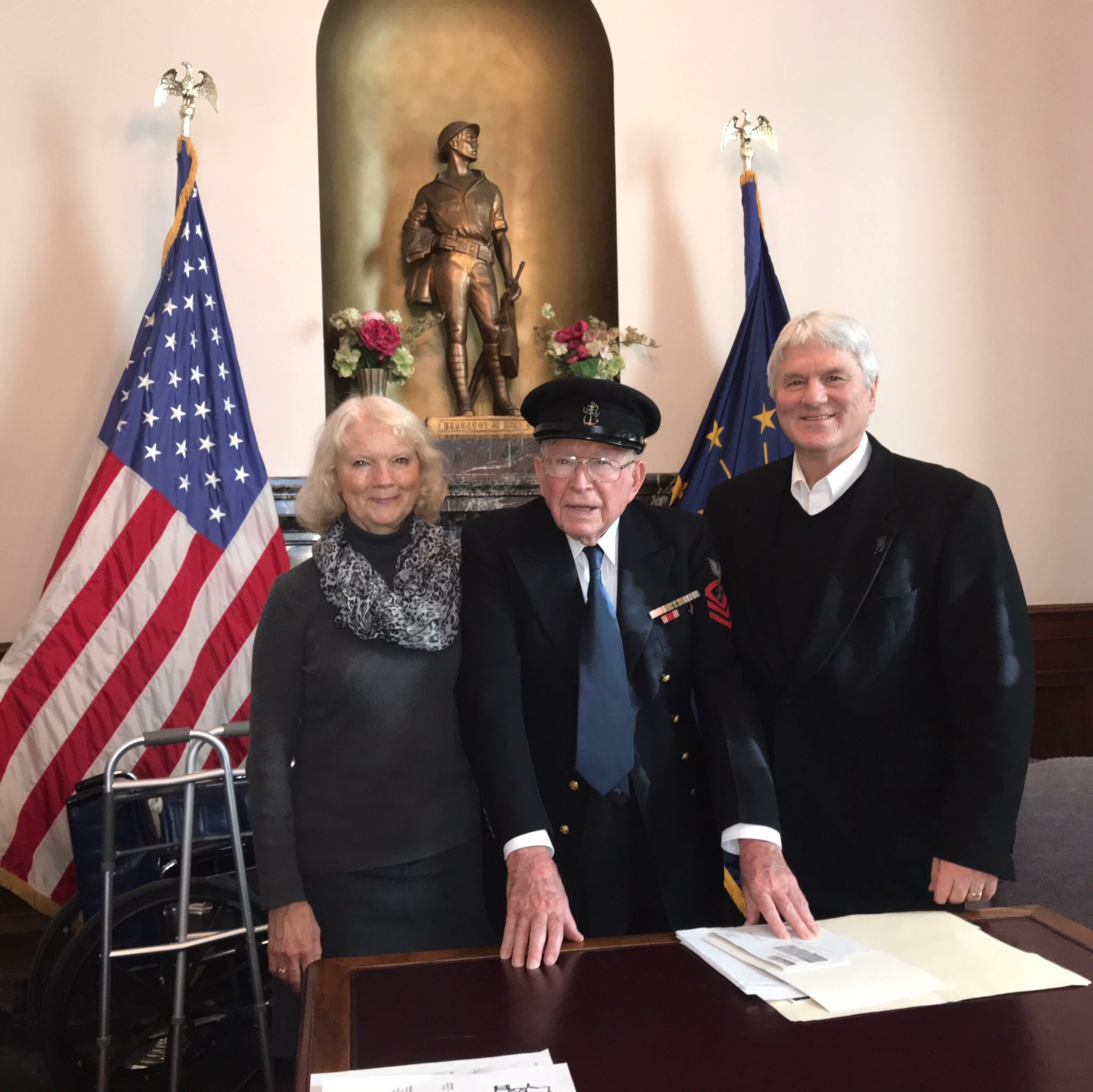 As France’s highest order of merit for military and civil service, this honor can be bestowed upon American veterans like Mattingly who risked their lives in World War II. Cook said Mattingly served in the U.S. Navy onboard the LST-212 during the war, and is noted for his participation in the Sicily Campaign and Allied Invasion of Normandy on June 6, 1944.

“Just like President Dwight D. Eisenhower and General Douglas MacArthur, Daniel now carries one of France’s most prestigious distinctions because of his strength and bravery during World War II,” Cook said. “We are forever indebted to him for his service to our country and the world.”

The award was presented to Mattingly by Guillaume Lacroix, the Consul General of France to the Midwest, at a ceremony hosted by the International Center and the local Alliance Française, in Indianapolis.