Carmel artists work to be showcased at the Statehouse 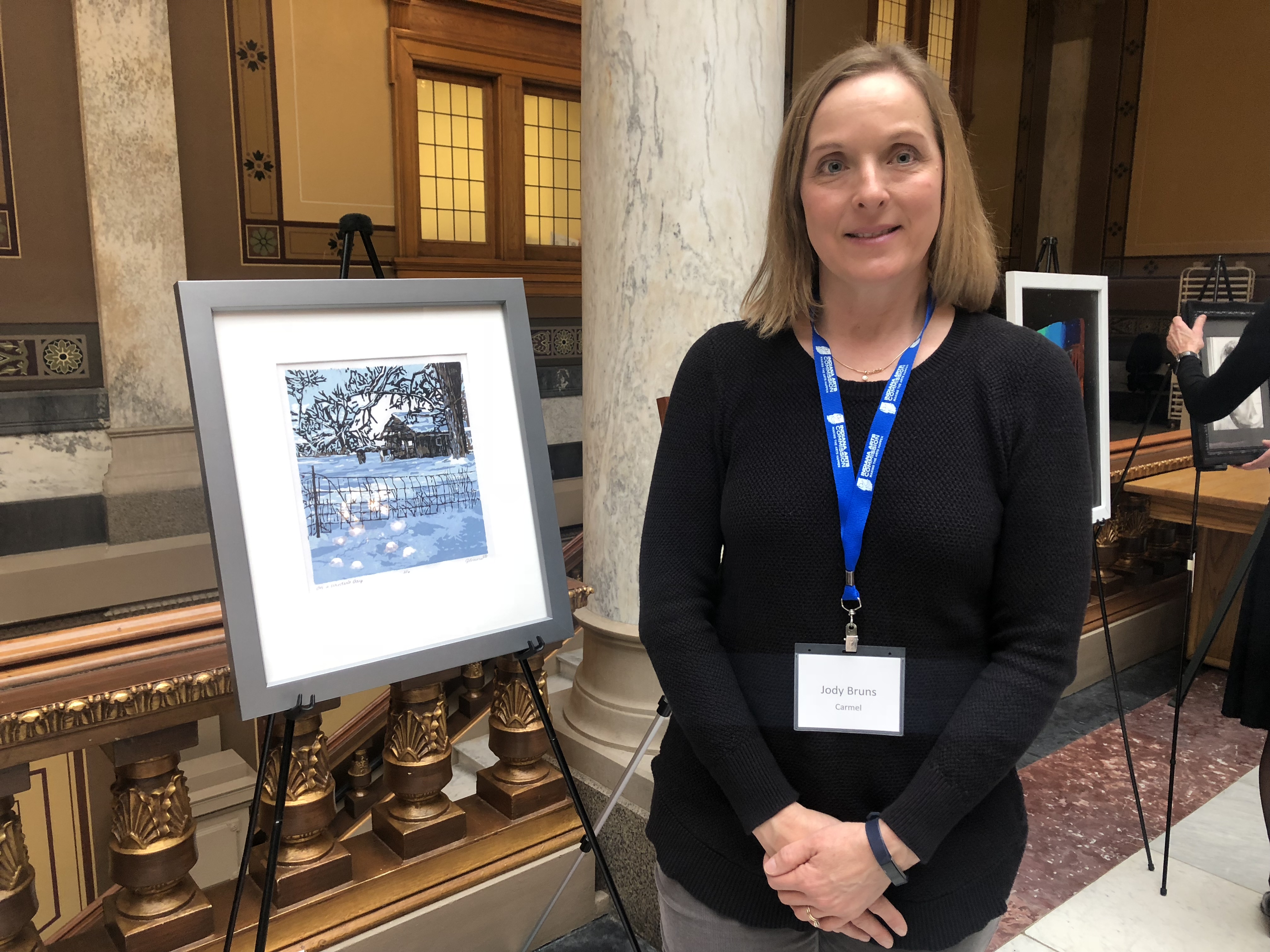 STATEHOUSE (March 21, 2019) – Artwork by two Carmel artists will soon be displayed at the Statehouse, according to State Reps. Donna Schaibley (R-Carmel) and Jerry Torr (R-Carmel).

Jody Bruns and Aren Straiger were selected to have their artwork decorate the Statehouse as part of Lt. Gov. Suzanne Crouch’s Hoosier Women Artists initiative.

“These artists are two great examples of the talent found across our community,” Schaibley said. “Their creations represent the Hoosier experience, and having them displayed in the Statehouse is a great way to bring a piece of home to the capitol.”

“Supporting the arts fosters creativity and innovation in many aspects of life,” Torr said. “Programs like the Hoosier Women Artists initiative not only bring people together, but also create opportunities to learn new skills and share stories. Congratulations to both of these artists.”

Bruns’ work titled, “On a Winter’s Day,” is a wood-cut reduction print and will be displayed in the lieutenant governor’s office.

“I think it’s really an honor they’re supporting women artists and celebrating women’s art in the state of Indiana,” Bruns said. “So the fact that it will get to hang here and so many people will get to see it will maybe inspire them to do their own artwork.”

Straiger’s piece titled, “Winged Woman,” is a linoleum-cut reduction print and will hang in Secretary of State Connie Lawson’s office.

“Just to be represented among this talented group of women is a huge honor,” Straiger said.

They and other artists were honored at a Statehouse ceremony as part of Women’s History Month.

TOP PHOTO CAPTION: Jody Bruns of Carmel presents her artwork during the Hoosier Women Artists reception Wednesday, March 20, 2019, at the Statehouse in Indianapolis. Bruns’ work titled, “On a Winter’s Day,” will be displayed in the Lt. Gov. Suzanne Crouch’s office.