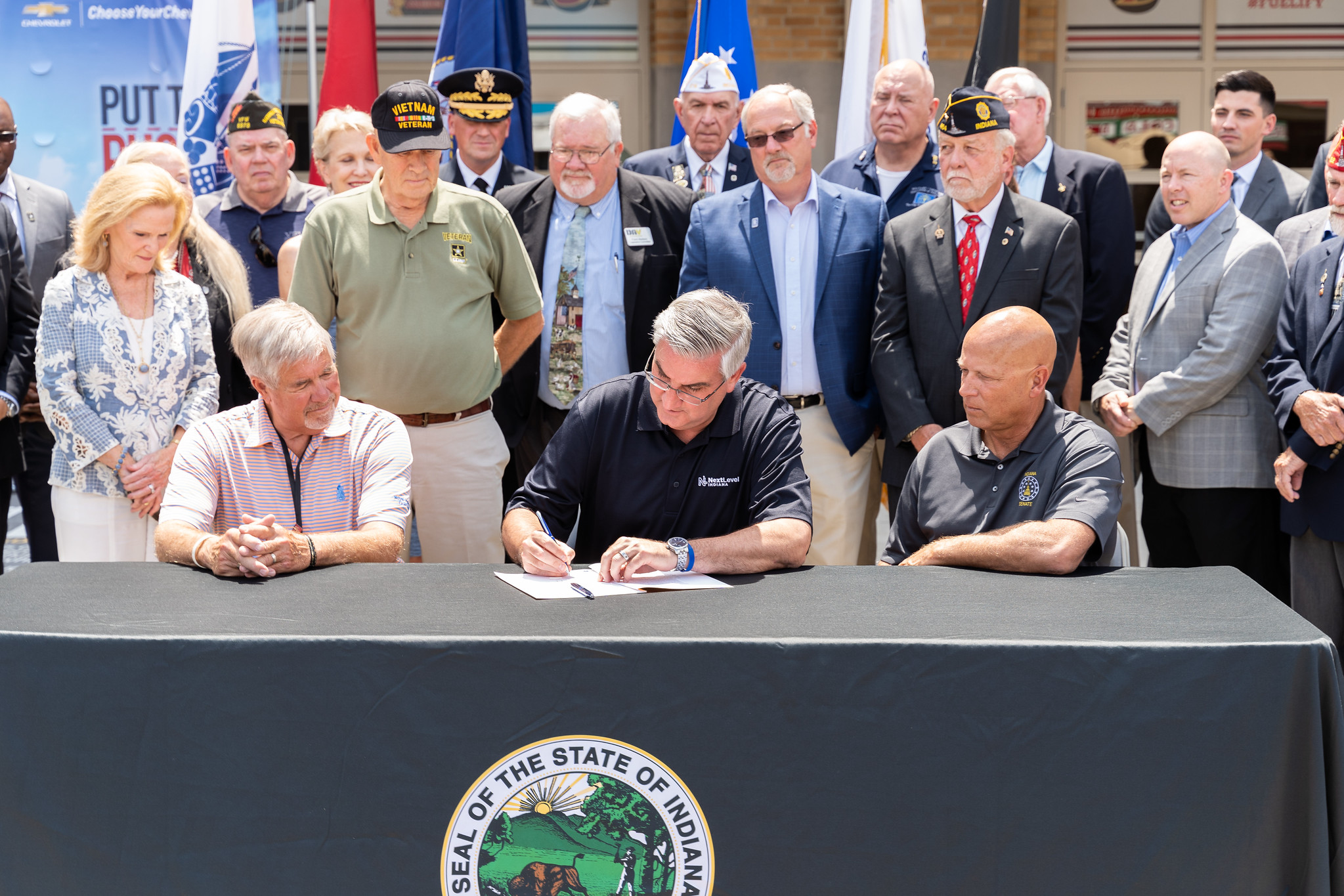 The new law will phase in a full income tax exemption for military retirement pensions over four years, decreasing financial burdens on thousands of veterans.

“We hope to encourage veterans to reside in Indiana, helping to fill our state’s growing number of open job positions in high demand fields,” Cherry said. “Veterans have many sought after skills with their work ethic and ability to perform tasks under pressure, and are great assets to our workforce.”

According to Cherry, Indiana joins 23 states that do not tax military retirement pay through this new law.

“HEA 1010 is the latest effort the Indiana General Assembly has made to attract retiring military personnel,” Crider said. “It is estimated that HEA 1010 will save Hoosier veterans and surviving spouses $14.6 million, once the tax deduction is fully phased in. While this doesn’t begin to repay them for their sacrifices, it is our hope this will encourage veterans to choose Indiana after they complete their service.”

Crider said nearly 30,000 Hoosier veterans and surviving spouses will benefit once all military retirement and survivor benefits are exempted from Indiana’s state income tax after 2023.

which includes portions of Hancock and Madison counties.

which includes all of Hancock County and portions of Shelby and Marion counties.