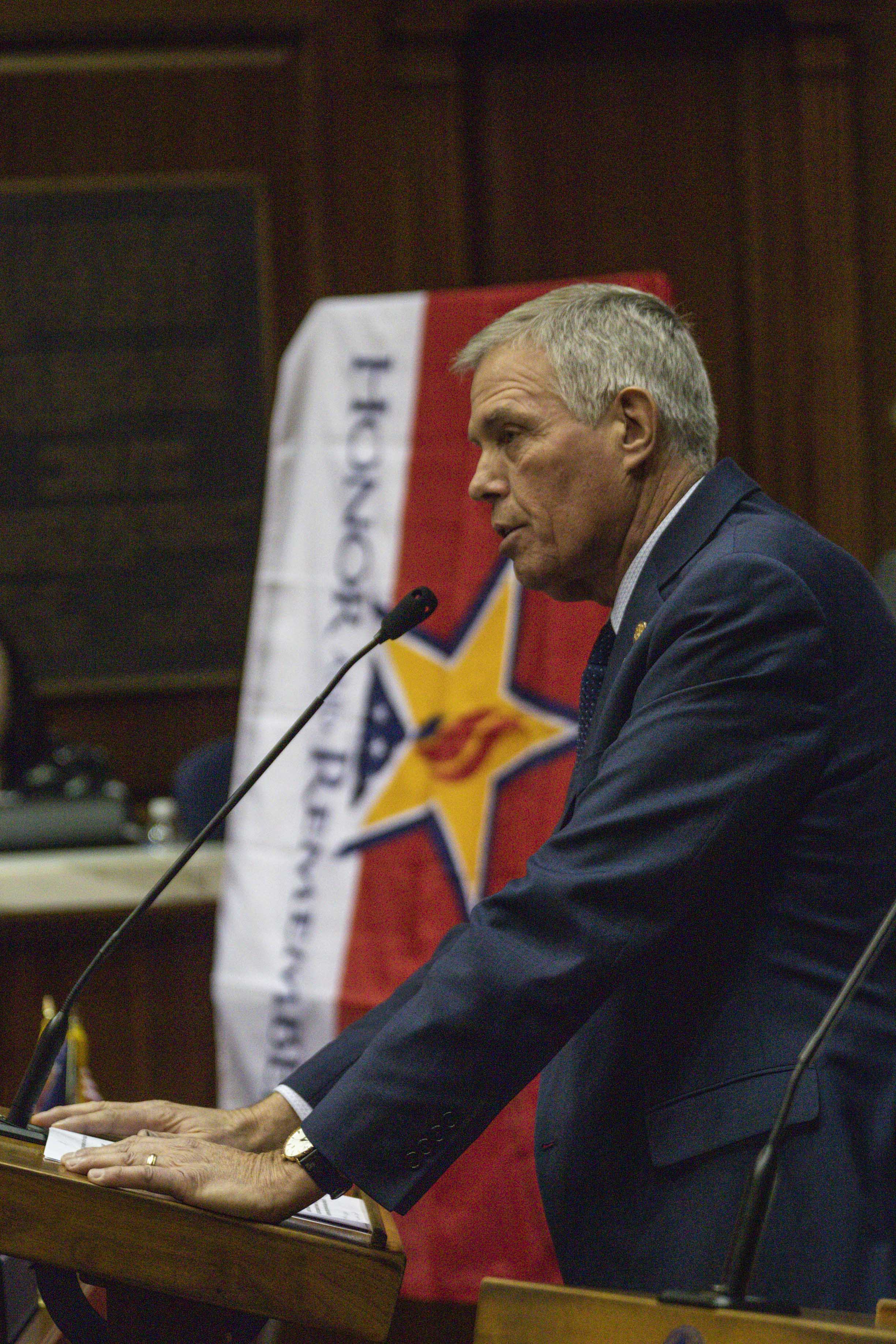 Under Abbott's bill, state office buildings, state cemeteries and Indiana's Department of Veterans Affairs cemetery could raise the Honor and Remember Flag in addition to the American flag during the month of May. May marks National Military Appreciation Month and honors those who lost their lives protecting our nation and their families’ sacrifices.

“This is such an important issue for the families of these fallen Hoosier warriors," Abbott said. "It's about being remembered in conjunction with the sacrifice of their loved ones. Seeing this flag will mean a lot to the people these soldiers left behind."

Abbott said the Honor and Remember Flag was created in 2005 by a fallen service member’s father and unveiled on Memorial Day in 2008. Abbott and his wife, who lost their son Nicholas in combat on May 12, 2007, are one of many Gold Star Indiana families.

“Losing our son Nicholas was indescribable,” Abbott said. “There is not a day that goes by that Lori and I don't remember his willingness to put his life on the line for Americans. I don't want anyone to ever forget what he – and all of our fallen warriors have  – sacrificed for our nation."

The flag, two-thirds red with one-third white horizontally, features a gold star in the center outlined in blue with a red flame inside. A folded American Flag sits beneath the flame with Honor and Remember emblazoned across the white stripe. Each color symbolizes an important part of the overall meaning of the flag’s message.

The red field represents the blood spilled by these brave men and women. The blue star serves as a symbol of active service in military conflict, while the white border around the star recognizes the purity of sacrifice. The gold star signifies the sacrifice of a warrior that will not return home and the folded American Flag serves as the final tribute to the life a family sacrificed and gave to the nation. The flame is an eternal reminder of the spirit that has departed, yet burns on in memory of all who knew and loved the fallen hero.

The Honor and Remember Flag may also be displayed at all Indiana levels of government annually in May. The flag has been adopted in 26 states.

House Enrolled Act 1045 is now eligible for action by the governor. Visit iga.in.gov to learn more.


CAPTION: State Rep. David Abbott (R-Rome City) presents his bill recognizing fallen service members and their families Monday, Feb. 3, 2020, at the Statehouse in Indianapolis. The legislation is now eligible for consideration by the governor.