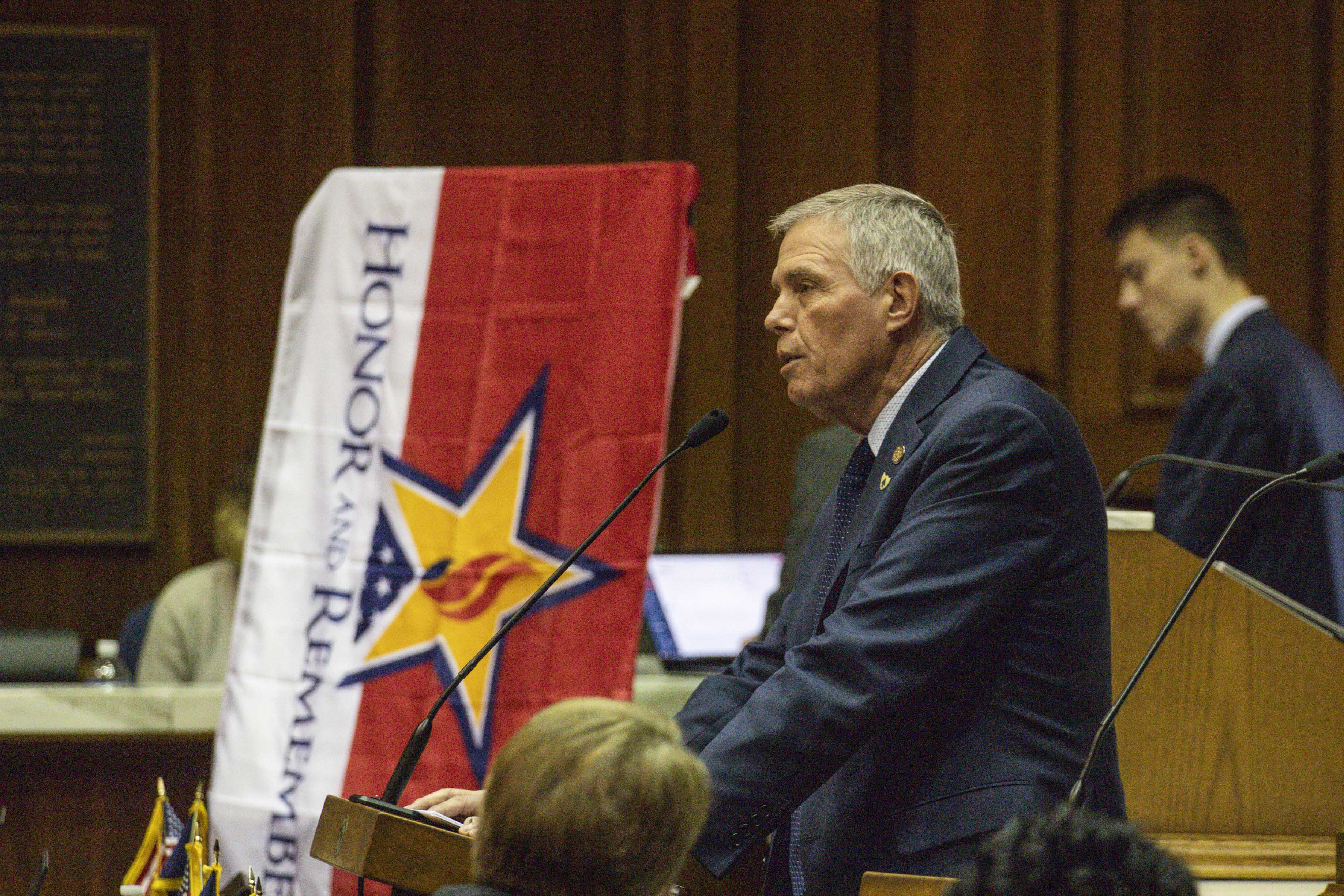 Abbott said his bill would require each state office building, state cemetery and Indiana’s Department of Veteran’s Affairs cemetery to fly the Honor and Remember Flag each year throughout the month of May.

“Recognizing our fallen military heroes and their families is important,” Abbott said. “These men and women gave their lives, most overseas and were never seen again. Raising the Honor and Remember Flag each year in a month that honors these warriors makes sure everyone remembers their sacrifices and those of their families.”

Abbott said the Honor and Remember Flag was created in 2005 by a fallen service member’s father and unveiled on Memorial Day in 2008. Abbott said this legislation holds special meaning to him as he and his wife lost their son, Nicholas, in combat on May 14, 2007, in Iraq.

“This was one of the toughest moments in our lives and emotionally, I can’t even begin to describe what it’s like to lose a son,” Abbott said. “From that, we became a Gold Star family and are now very aware of those around the country in similar circumstances. We’ve become very close to other Gold Star families.”

The flag, two-thirds red with one-third white horizontally, features a gold star in the center outlined in blue with a red flame inside. A folded American Flag sits beneath the flame with Honor and Remember emblazoned across the white stripe. Each color symbolizes an important part of the overall meaning of the flag’s message.

The Honor and Remember Flag may also be displayed at all Indiana levels of government annually in May. The flag has been adopted in 26 states.

House Bill 1045 can now be considered by the Senate. Visit iga.in.gov to learn more.

CAPTION: State Rep. David Abbott (R-Rome City) presents his bill recognizing fallen service members and their families Monday, Feb. 3, 2020, at the Statehouse in Indianapolis. The legislation is now eligible for consideration in the Senate.