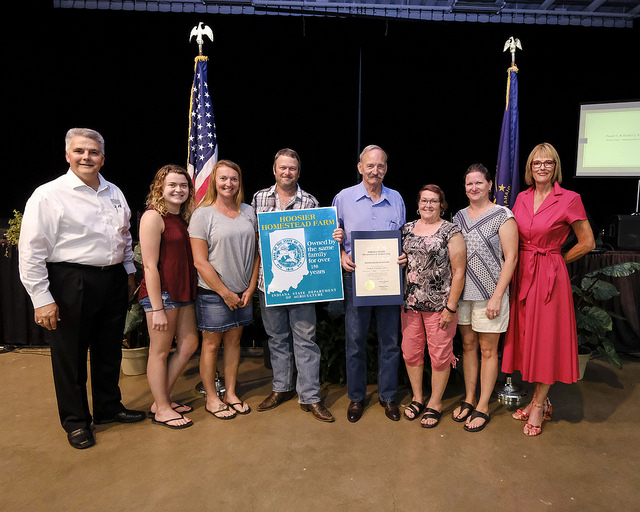 STATEHOUSE (Aug. 16, 2018) — Family farms from Noble County were recognized Friday at the Indiana State Fair for being in operation for 100 years or more, according to State Rep. David Abbott (R-Rome City) and State Sen. Susan Glick (R-LaGrange).

“This program is a fantastic opportunity for our state to recognize the rich heritage of farming in Indiana and we salute these families for their determination, which has allowed them to succeed for more than 100 years,” Abbott said.

The Scheurich Farm, in operation since 1866, received both a Hoosier Homestead Centennial and Sesquicentennial Award.

“It is incredible that both the Evers and Scheurich families have engaged in continuous farming operations on the same land for three quarters of Indiana’s history,” Glick said. “Agriculture has always been the backbone of Indiana’s economy, and the hard work and dedication of these families continues that commitment to both our state and local communities. I am proud to join the lieutenant governor in congratulating them on their dedication.”

all of Noble County and portions of Allen, Elkhart, LaGrange and Whitley counties.